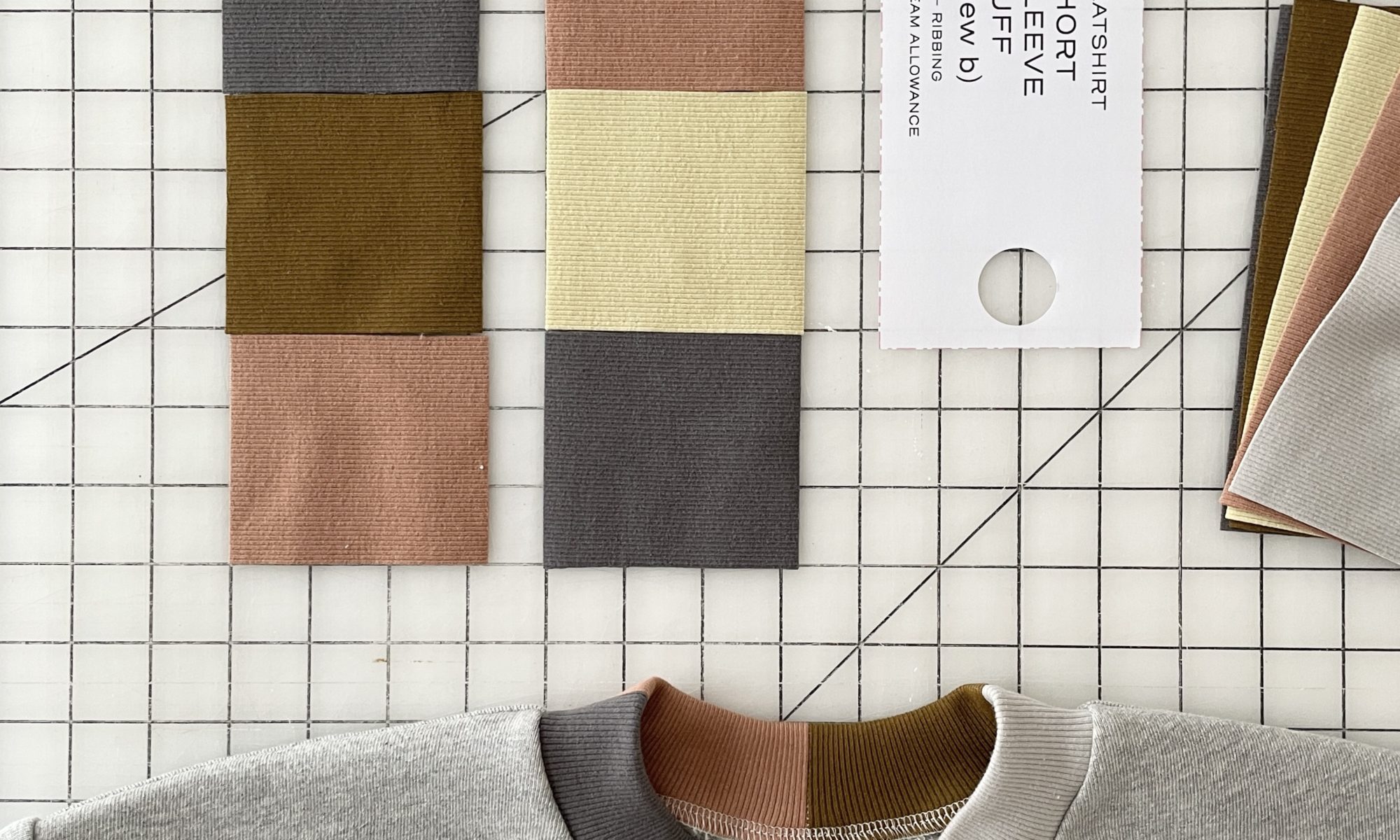 I had a little bit of this heathered gray french terry leftover from making my husband a hoodie last fall. There was enough to make myself either a pair of shorts or a sweatshirt, but I rarely feel super inspired to sew loungewear.

Then Daisy Chain Patterns released the Dale sweatshirt. I really like its high neckline with a beefy neckband and the short sleeve option. I took inspiration from the photo samples to have some fun with the bands.

Although I had enough light gray ribbing for all of the bands, I opted to use every color of rib knit in my stash. I think this look is fun an a little weird.

To color block the bands, I divided the lengths by 5, added seam allowance, stitched them together with a lightning stitch, and pressed the seams open. This rib knit is very stretchy, so I wasn’t too worried that the extra seams would impact the stretch.

My measurements put me at a size 10/M. I think I could have shortened the length by an inch or two for a more cropped look. The hem band is kinda hidden by the length folding over it.

I might make another color blocked one with leftover black sweatshirt fleece. It’s a good way to use up those tiny rib knit scraps. 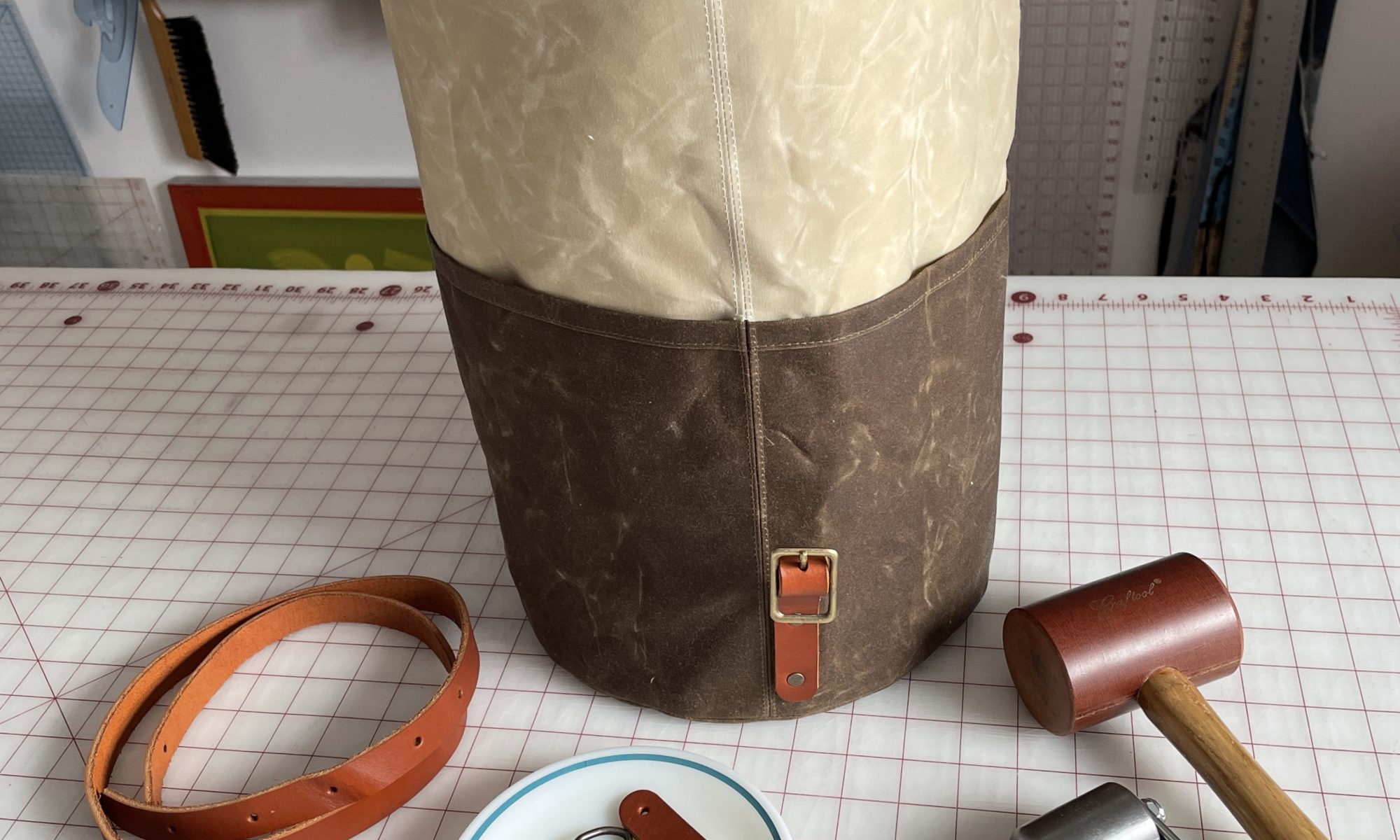 Klum House gifted me this Naito bucket bag kit shortly before its launch and I was super stoked to make it. Klum House creates the best bag making experience around, so anytime they launch a new pattern, I know I’m going to make it. I got as far as assembling the lining, took a break for dinner or something and the next day broke my wrist.

It sat partially constructed for two and a half months before my hand was strong enough to continue. My splint and cast were only on for a total of five weeks and I’m still shocked by how much muscle and range of motion I lost. Bodies are wild.

The Naito has a really clever construction. The lining is attached in such a clean and cool way. I always learn something new with a Klum House kit.

I’ve made a couple other bucket bag patterns before and attaching the circle base has always been unpleasant. I always had to make adjustments to the tube’s size to make it all line up. This base aligned perfectly and Ellie’s class demoed how to guide it through your machine.

Look at all of those handy pockets! In the lining there are four large pockets, plus one for your phone and two pens. The exterior has three large pockets and a d-ring for your keys. The coolest part is how the adjustable strap can be used as either a sling or a tote. The body cinches closed with a magnetic snap and the strap.

I chose the Bone + Field Tan colorway. If you sign up for the Klum House newsletter, you’ll be able to take 20% off everything in the online shop from from November 26 – 29, 2021! 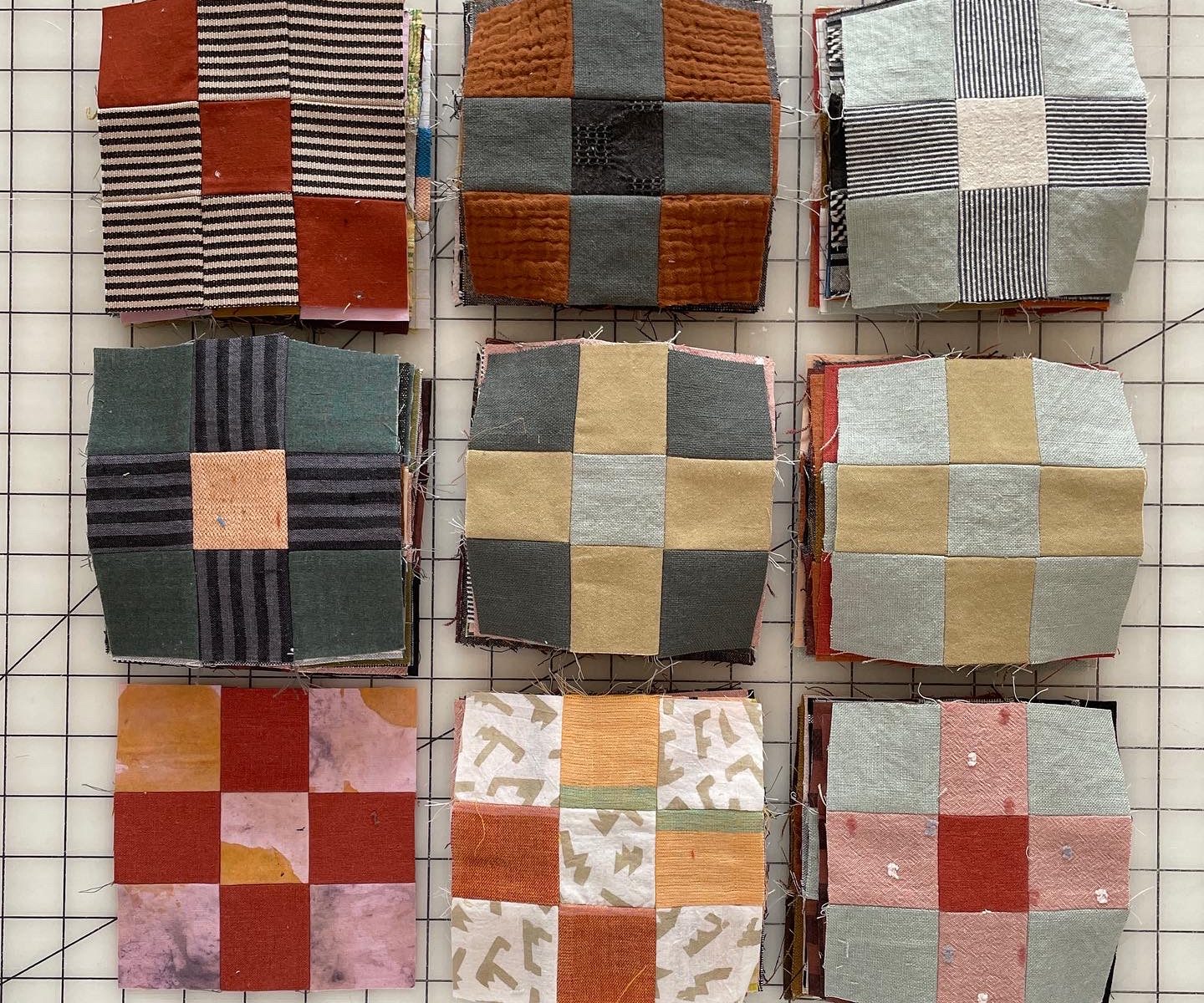 I’m late to the Persephone Pants party, but I’m glad I came – the hype is very, very real. Anna drew inspiration from 1940’s sailor pants by including a super high waist, waistband inseam pockets, a button fly, and the design element that explodes most people’s heads: no side seams.

For me, one of the most appealing things about the pattern is how similar they are to highly coveted RTW sailor pants. Instead of paying $400, I could make a pair for under $40. Don’t get me wrong – I love supporting small women-run businesses and that $400 price point makes sense, but if the option to make it myself is there, I’ll take it! Also, the instructions are so stellar I’m certain a novice sewist could make them!

Shortly after the pattern was released, I did give it a go, but they just didn’t work out. My waist measurement ranges from 26.5″ to 27.5″ and my hip measurement ranges from 37″ to 38″. Even though that put me somewhere between a size 2-ish to a 6, I settled on cutting out a size 4 (waist 27″, hip 37″). They came together really quickly, but once I put them on, I had a bad case of dumpy butt. They were just too big.

I wasn’t entirely sure what the issue was; Was it fit? Fabric choice? Both? Was it an actual dumpy butt? I suspected the cheap bull denim I bought at Joann Fabrics may have grown, but in an effort to salvage them I tried taking in the back seam and crotch. Those efforts proved unsuccessful and I ended up setting the mutilated pants and pattern aside for a while.

After reading a couple folks had some luck with sizing down, I chopped my pattern pieces down to a size 2 and cut into some 10oz Duck Canvas hoping for the best. And it worked! I didn’t need to make any adjustments after sizing down.

Although I have a lot of love for this pattern, it is making me come to terms with how my body has been changing in my 30s. Things just aren’t as firm as they used to be. The lack of side seams and rear pockets leave your booty and thighs on display. What the hell type of underwear do you wear with these? Or do you just not give a damn?

I have fabric set aside for two more pairs – more 10oz cotton duck, but in black and some Kaufman speckled denim that I’m really excited about. I thought I’d hate the button fly, but I’m warming up to it and will probably keep it on future pairs. It appears I adjusted the position of the left pocket in the wrong direction (step 30), so I’ll be careful not to do that again ¯\_(ツ)_/¯.

Hot tip: sew a line of stitching in between each buttonhole to connect the button fly and facing together (check out this Tessuti blog post for a visual). It definitely helps keep the fly from peeking open!