I had the immense pleasure of pattern testing the new Wiksten Kimono, which first appeared as the Oversized Kimono Jacket in Making Magazine No. 4 / Lines. The updated, standalone pattern will be released by Wiksten, hopefully next month. In the Making version, I made a size XS. The new pattern includes a larger range of sizes and after comparing the pattern pieces, I made a size S here. 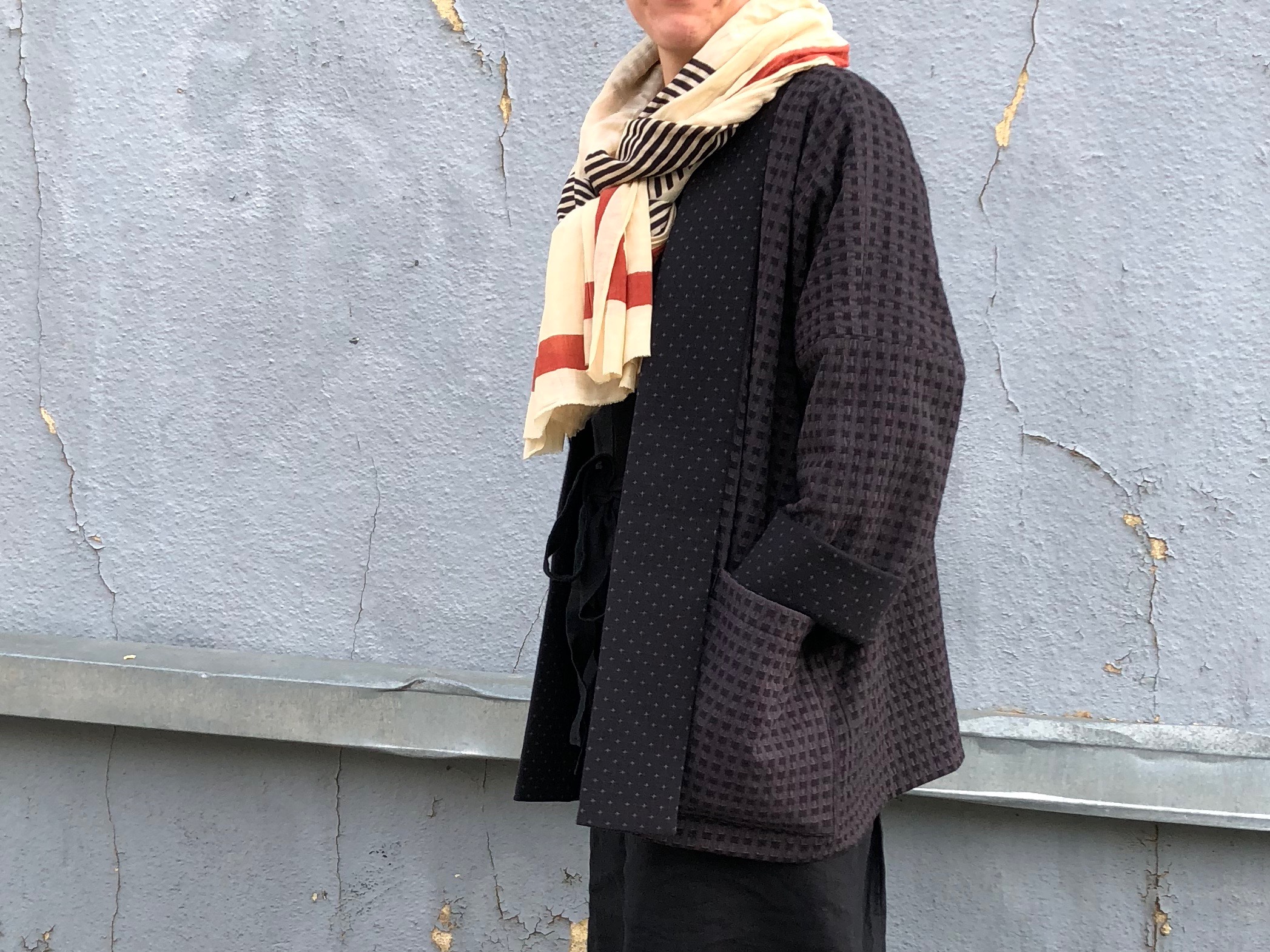 The fabric is also from Wiksten and I think it’s a perfect pairing. Because the black square is a kind of squishy weave I had a hell of time getting the patch pockets pattern to line up. They ended up not, but oh well. I’m glad I was able to add this to my me-made wardrobe as it’s been one of only three outerwear pieces I’ve had for #MMMay18. 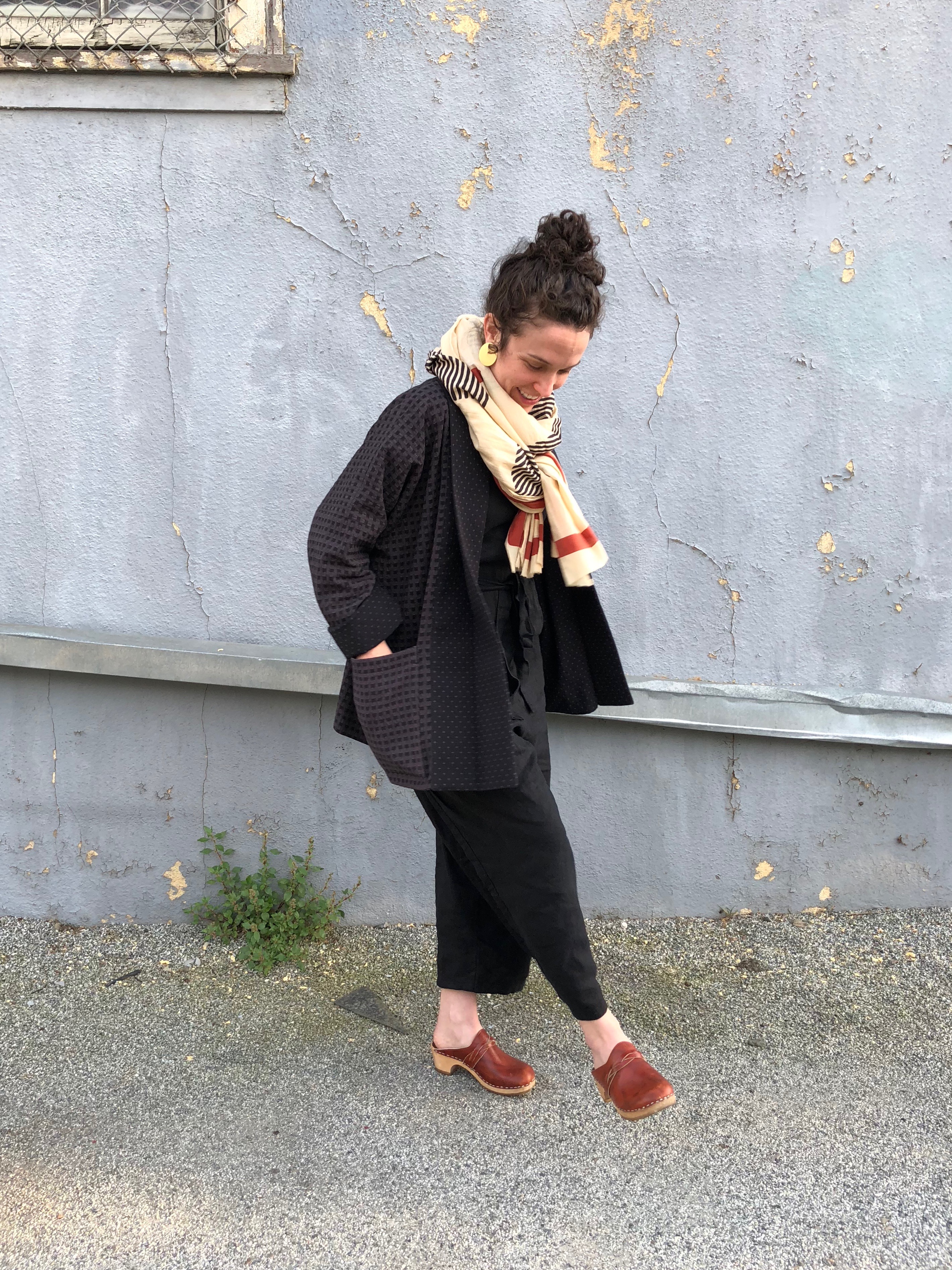 Speaking of Me Made Made I haven’t been anywhere near as productive as I was last year. I only just finished a silk noil Hemlock Tee (21 days in to the challenge), which had mostly been made last month and two Kalle shirts have been all cut out and waiting on my ironing board.

Then, after a particularly long commute home, I just auto piloted through this kimono. It’s been unseasonable chilly in the Bay Area and I yearned for another layering piece. 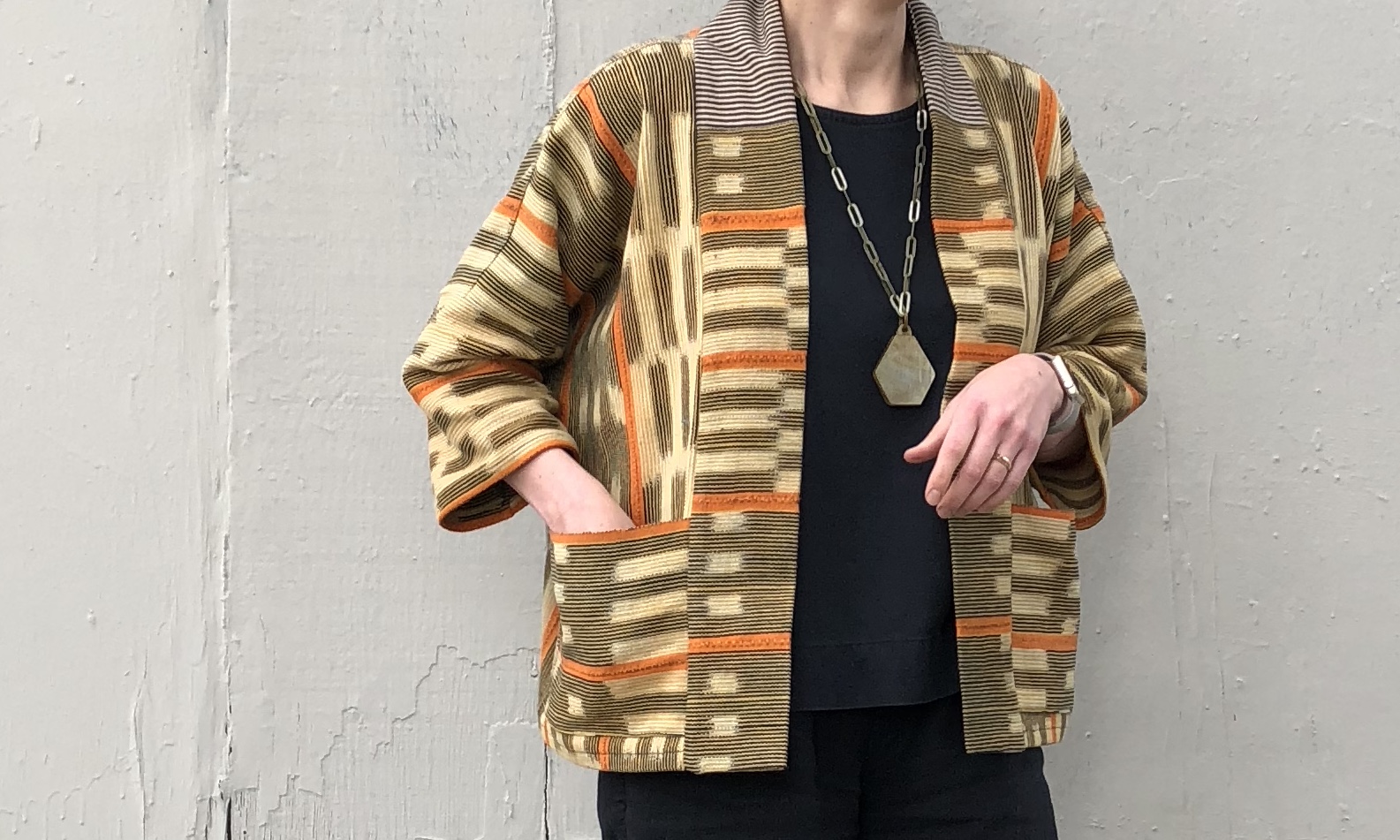 I cut and hacked this together without much of a plan and feel quite relived it worked out. One side even has some magical unplanned pattern matching on the shoulders! 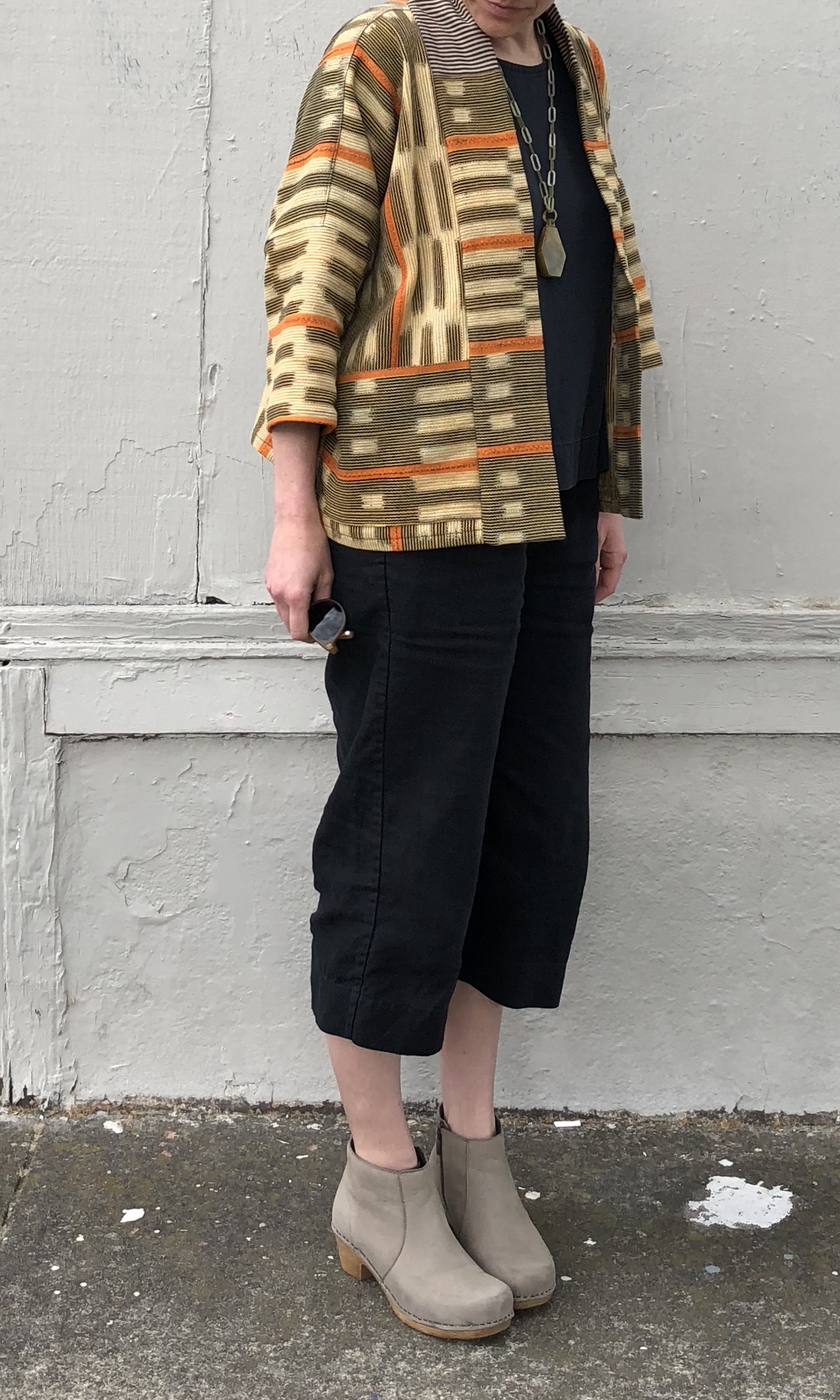 I’ve had this Baule cloth for over a year, all the while knowing it was destined to be an Ace & Jig-esque jacket. I bought it at the Alameda Antiques Fair and discovered a piece of gum mashed into the fringe as I was cutting it up. At least it’s washed gum. The textile is only about 54 by 36 inches which posed a cutting layout puzzle. I made an XXS, hacked off quite a bit of sleeve to make it fit, made a half collar, and added a coordinating stripe fabric to the collar piece, which I think is my favorite detail. It’s also unlined. As it’s unlined, I had intended to flat fell / faux French the seams to fully encase all of the raw edges, but the thickness of the fabric and 3/8″ seam allowances made that impossible. Planning would have been helpful here. The shoulder seams are kind of a mess as I worked out this kink in construction and the side seams just ended up being serged. Another last minute decision was to topstitch the shoulder and sleeve seams with my new Bernina edgestitch foot. While I’m super impressed with the foot, the topstitching doesn’t really work well with this woven fabric. The burrito method was used to apply the half collar.

I’ve now made four Wiksten Kimonos. Too many? Nah.